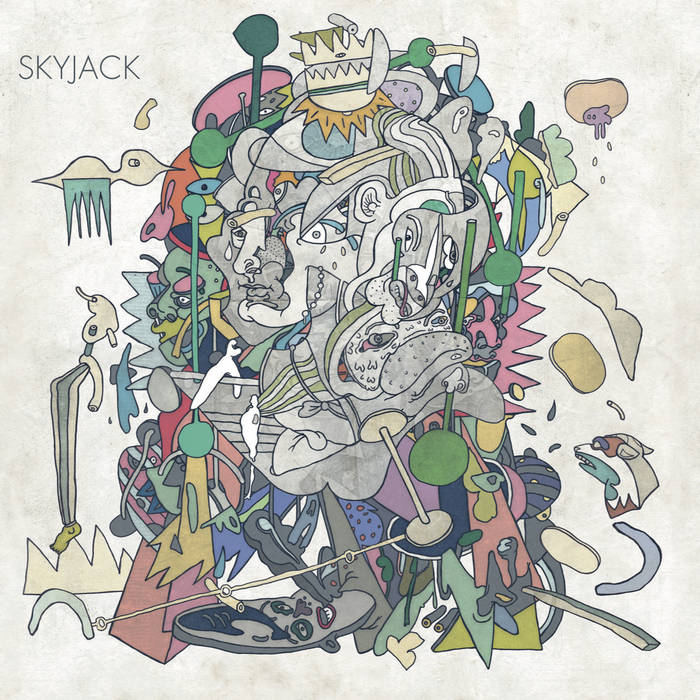 Skyjack is a collaborative band of five musicians from South Africa and Switzerland, brought together in 2013 by the common thread in their respective styles. Their first shows together were on a South African tour in 2013, leading up to the National Arts Festival in Grahamstown for Shane Cooper’s Young Artist Award showcase. Since then they have done two tours in Switzerland, and in 2015 won the prestigious BeJazz TransNational competition, bringing them back to perform at BeJazz Winterfestival in 2016 in Berne.

The three South African musicians are all previous winners of the Standard Bank Young Artist Award. With Shane Cooper on double bass, Kyle Shepherd on piano, and Kesivan Naidoo on drums.

The Swiss musicians are some of the most sought-after jazz musicians in Switzerland – Marc Stucki on tenor saxophone, and Andreas Tschopp on trombone. Andreas is currently on a 3 month residency in South Africa, and has already collaborated with Carlo Mombelli, and Herbie Tsoaeli. Marc Stucki runs a small concert venue in Berne called the Sonarraum U64, and is a co-founder of the festival Jazzwerkstatt Bern.

Each musician contributes to the group as a composer, creating a wide palette of sound that draws from various cultural influences, concentrated into a modern jazz aesthetic.

In 2015 they recorded their debut self-titled album in Switzerland.

In September 2016, with the support of Pro Helvetia, the Swiss Arts Council and Concerts SA, they will launch the CD on a nation-wide tour of South Africa.

Bandcamp Daily  your guide to the world of Bandcamp